A Halloween To Remember

I’ve never been a big fan of Halloween.  Dressing up has always seemed like one giant hassle to me. Handing out candy all night and having my dog sniff every single kid who comes to the door got old after the first five kids. This year I changed my mind about all of that. It’s been two years since we’ve had a Halloween here in New Jersey. Two whole years that kids didn’t get to walk freely through neighborhoods dressed up in costumes, laughing with their friends and experiencing sugar highs and sugar crashes together. Two years is a long time to a child. My oldest is five so he hasn’t had a real Halloween since he was two.
When he was 3 we had a freak snow storm that took down trees and wires leaving people without power all over the Tri-State area. We took him to two houses that year and that was it. 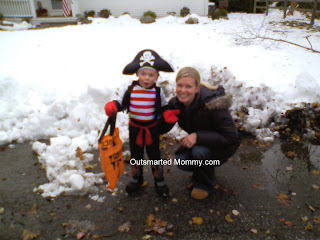 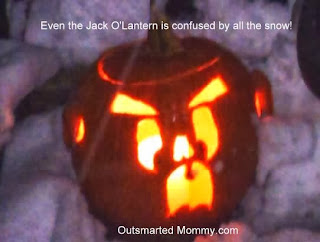 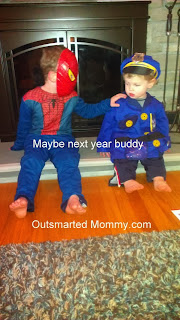 Last year was infamous Hurricane Sandy.  People had bigger fish to fry than Halloween here in New Jersey. Most of our state was without power on Halloween and well after for that matter.


It was depressing and sad watching the news and seeing how most of our state was doing during that time. Homes were destroyed, trees were down, wires were everywhere, gas was hard to come by and despite all of that it was somehow still sad knowing that yet again the children would miss out on Halloween.  It was sad for the kids but I didn’t miss Halloween or so I thought. 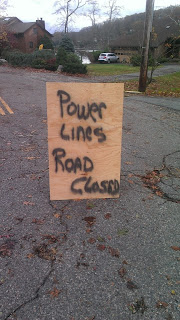 My youngest is two so for him this was his very first Halloween. I have to say he picked up on the whole trick or treating thing rather quickly. Let’s be honest you hand a kid a bag and tell him he can go door to door and get candy he’s going to do it without questions or concerns.


Halloween seemed bigger to me this year than I can ever remember. Perhaps after two years of not having Halloween adults and children all over New Jersey decided it was time to go big. Houses were decorated better than I ever remember. Parades at schools were back and they were awesome.  Kids were having Halloween parties, playing Halloween games and eagerly rushing home from school to get ready to head out and trick or treat. They were excited to answer doors and hand out candy. They were happy and it made me realize that Halloween isn’t about scary stories, ghosts, goblins, witches and zombies. It’s about tradition. It’s about giving children one day a year to forget about all the real life scary stuff. It’s a day that no one is different because everyone is different. It’s a day to escape reality and become anything or anyone you want. 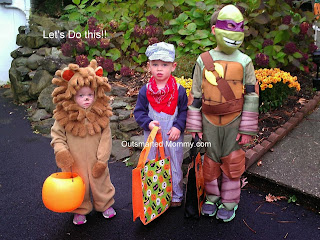 As I watched children run from house to house laughing and smiling I realized just how much I had missed Halloween.  I couldn’t help but think about how much I loved it as a kid. I remember rushing home to have my mom help me with my make-up and getting so excited to fill my bag with candy. There was always the one spooky house, the one lame ass house (who gave out a bag of pennies) and the one super awesome house that gave out full size candy bars. As a kid you knew each of these houses well before heading out to trick or treat.


All those memories came rushing back as I watched my boys faces filled with excitement and happiness.  As I looked around at all of the adults I could tell we all felt the same way. We felt pure joy and happiness that our kid’s lives were normal this year. That this year nothing was going to stop us from celebrating this age old tradition of costumes and candy. We may have let them go to one more house than we would have a couple of years ago. We allowed them two more pieces of candy than we would have a couple of years ago. We threw caution to the wind and said "Let there be a Halloween" and all the kids cheered.  Adults and children were exhausted by the days end and as we laid our heads down for some much needed sleep we thought...now that was a Happy Halloween. 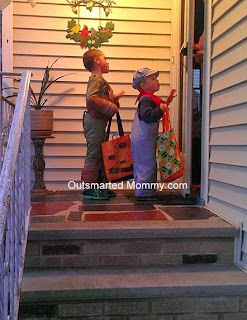 Posted by Jennifer Lizza at 6:00 PM