Is This Song Over Yet?

I often find myself day dreaming about what it would be like to live some place where the weather is always nice. You know some place where it’s always sunny and 70. I can name a few places that come to mind but when push comes to shove I actually happen to be one of those people who enjoy the change of seasons. Call it climate ADD if you will but I find that at the end of one season I am always more than ready for the next one. That being said I have my least favorite and my favorite seasons like everyone.  I don’t know what it is about winter it just seems to be longer than any other season, even though it actually is the same length as all the other seasons. It seems to drag on and on and on and on and on.


Winter is the Stairway To Heaven of all the seasons. What does that mean you ask? Stairway to Heaven by Led Zeppelin…it’s a good song, don’t get me wrong but it is 8 minutes and 1 second long, that’s right 8 MINUTES AND 1 SECOND LONG! Somehow when I was in the 7th grade they played this at every single dance and I would infamously get stuck dancing with someone I found to be nothing short of revolting and this song went on for 8 MINUTES and 1 SECOND! This sums up how I feel about winter right now. It always starts out fine. I love the holidays, and the first snow. I love getting the kids out on the ice for the first time and feeling like we are participating in the next Norman Rockwell painting. I love that my oldest goes skiing with my husband and they get one on one daddy/son bonding time, but come March I am over it, ALL OF IT!


I’ve had enough of the snow, enough of the sweaters, the hot chocolate, the baking and eating what we baked until my ass no longer wants to get into my jeans season.  I’m sick of warming up the car just to drive my son to preschool. I’m sick of sweating in said warm car because I just wrestled two monkeys’ kids into 18 layers of winter wear. I’m sick of wiping running noses and filling humidifiers at night for said runny noses.


That being said I actually feel bad for spring. I don’t really like it. I know, I can hear the gasps but to me it’s rainy, muddy, sometimes still cold and just not good enough. It’s much like the song that would follow Stairway to Heaven. No one was staying on the dance floor after being stuck there for an entire 8 minutes and 1 second so the floor would clear, kids would grab soda’s make a trip to the bathroom or just sit down no matter how good the song was. That is how I feel about spring. The winter is so long that when spring shows up I kind of go ugh I JUST WANT WARM SUNNY WEATHER this isn’t good enough!


Summer, now there’s a season I can get on board with. It’s the Livin’ On A Prayer (Bon Jovi) of seasons. Like it or not, this song is one that get's people singing.  Everyone is back up and out on the dance floor screaming out the lyrics at the top of their lungs, or you know kids are out on bikes, people are working in their yards, going for runs at dusk, sharing a cocktail with a neighbor because you all just happened to be outside. It’s the go to season.


We just had another snow storm on what is basically the last 2 minutes of Stairway to Heaven since spring technically starts tomorrow. I’m ready to go get my soda margarita, mingle a little and prep myself because I am waiting anxiously in the wings waiting to hear the start of Livin’ On a Prayer and it’s then that I will know the dance is getting started!
“One must maintain a little bittle of summer, even in the middle of winter.”
― Henry David Thoreau 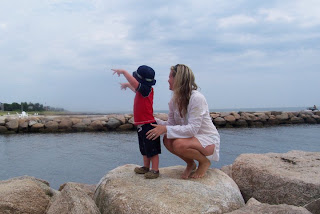