Leave Your Age At The Door 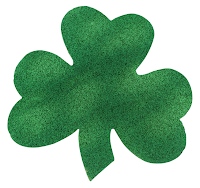 Do you remember being a teenager ( I know I barely remember what I had for lunch but stay with me) and your parents told you they were going out for the night and your idiotic teenage brain thought that meant you had a week’s time to do the most amazing things like ever?!  I mean honestly what was wrong with us? Flash forward five (ok twenty) years later and you find yourself married with kids. Finding out you have the night without your kids is pretty much the same thing as a teenager finding out they have a night without parents. You suddenly start thinking about all the amazing things you are going to do in that time (no matter how short it might be).


It is a very rare occasion that my husband and I get a whole twenty four hours without our children but we managed to pull it off this past weekend.  The first thoughts I had were: what to do...what to do?? We can sleep in, clean the house, go do something fun, tour a city, hike Mt. Everest, take 6 naps, go out for dinner & drinks, meet a celebrity, sleep some more….and suddenly my brain felt like it was going to explode. So I focused and came up with one idea.  Drum roll please….we decided to go to a Saint Patrick’s Day parade and party like it was 1997 or some year that I wasn’t quite this old.  It was a beautiful sunny day. We dropped the kids off at my parents and headed out in our green attire ready to have the time of the century (no pressure really).


We got there and my first thoughts as we were walking to meet friends at a bar at 10:15 in the morning were, no not that it was too early to have a green beer, but that wow I feel like I forgot something. Then it dawns on me. I am so used to going everywhere with a stroller, a 55 pound diaper bag and two additional human beings that just having one handbag was nothing short of invigorating or at the very least a victory for my back.


As we walked into the bar we found a spot that we decided to claim as ours for the day. We ordered our first round and we got ready for the fun to begin, and it did. The bagpipers were playing, the drinks were flowing and we were having a great time with our friends.  Fast forward to my first trip to the bathroom and without surprise the line for the women’s room is a mile long already so I get on it and poke around on my phone to kill some time.  It doesn’t take me long though to realize that all the entertainment I need is on this line. There are two girls in front of me dressed like cheerleaders but all in green with green bows in their hair and shamrocks on their faces. They are busy talking about which bar is going to have the hottest guys in it.  In front of them is a girl who I can only assume is the girl from Juno (minus the baby) in real life and she’s awesome. She’s clearly annoyed by all the cheerleader banter. Behind me there are three girls talking so fast and so loud that I don’t think one of them has heard a thing the others are saying.  There is a girl telling her friend that she already feels like she might puke. (It’s 10:50 am people) So as I take it all in I realize I’m an old bag in line with a bunch of young girls who are probably looking at me and thinking wow she’s old! I make the mistake of talking to a couple girls and asking how old they are to which they respond 22 hehehehehehehe. Yes I’d be giddy too if I was 22.
Out of no where Juno girl turns to me and says hope you don’t mind me asking but how old are you? So I answered and told her I was there with my husband and my two kids were having a sleepover at my parent’s house. She looked at me and said wow that’s awesome. I hope when I’m married with kids I still go out with my husband for a fun day like this.  You guys are really cool for still doing fun stuff.


And so I was schooled by Juno girl. None of those young girls cared how old I was. I cared how old I was.  They weren’t thinking I was too old to be there. They were thinking that they hope to still be coming to a St. Patrick’s Day parade and drinking green beer every once in a while when they’re my age with two young kids.


I left the bathroom returned to the bar, stuck a shamrock on my face and had a great time. We left by 5:00 pm, grabbed a bite to eat at a diner and were home sleeping by 8:30 pm but hey from 10am until 5pm I was cool.  So take if from this old Irish girl, whatever you do, have a green beer, dance the Irish Jig and celebrate being young and cool this St. Patrick’s Day no matter how old you may be.

Do not resent growing old. Many are denied the privilege.