Motherhood Monday-Holding On While Letting Go

Today Karen of Baking in a Tornado joins us for Motherhood Monday. She's at a crossroads in her Motherhood journey, with one son off at college and another son in his last year of high school. It's funny how life comes full circle at times and it sounds like that's exactly what it's doing for Karen right now. People are always saying to enjoy the moments because the years fly by. After reading this beautiful post by Karen I know that it's true. 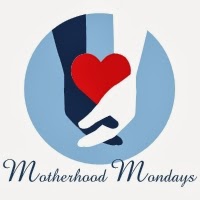 Karen is a former Director of Social Service and Retail Buyer, now SAHM to two teens. She’s still serving and buying, just with the money going out instead of in. She started baking to feed the hordes of teens who’ve made her basement their home, and continued when she realized it relieves stress. She blogs, shares recipes and vents at Baking in a Tornado. Karen’s been featured on the websites Mamapedia, Scary Mommy, Generation Fabulous and Treat a Day and is published in the Life Well Blogged series and in the book The Mother of all Meltdowns. She’s currently working on two future books. You can follow her on Twitter and Facebook (trust me she posts some delicious recipes).
Holding On While Letting Go

Holding on and letting go. Two completely different concepts, right? But right now I find myself trying to balance them both.

I have two boys, teenagers at this point. One is a freshman in college. The other is a senior in high school. I’m not sure how this all happened, I just know that old cliché “time flies” is a cliché for a reason.

My boys are a little more than a year apart in age. So when my older son was born, I had a year alone with him. He was a baby and it was time I treasured.

Of course bonding doesn’t work that way. He may have an older brother, and he may not have had time alone with mom, but the beauty of bonding is that it doesn’t have to happen in a vacuum. It happens organically on a solid foundation of love and nurturing.

The boys are opposites in every way. Looks, temperament, interests, personality. I love this about them, they are each individuals. They’re wonderful in their own ways, and trying in their own ways as well. When they were little and were jealous of the others’ strengths I’d always tell them “you don’t have to be like him, I already have one of him, you be you”.

Fast forward to last year. My older son was a senior in high school and my younger son a junior.  It was a tough year. You’ve heard of the “terrible twos”, well the teenage years are the terrible twos on hormones, with a driver’s license and YOUR car. Older son was more of a handful for a vast number of reasons and really pushed every one of my buttons he could find. I’m convinced he even manufactured a few I didn’t know I had.

I have to admit that I started blogging and venting and maybe even hiding now and then. And yes, I even started the college count down. On any given day of that year I could tell you how many days till he started college. It’s possible I even had that countdown down to minutes.

I won’t say that I wasn’t relieved to drop College Boy off, I was, but there was comfort in knowing that he was only an hour from home.

I also won’t say that I don’t miss him like crazy. I will admit that when Hubs and I did actually leave him, I texted him for the first time before we even pulled out of the dorm parking lot.

But I went home to circumstances I hadn’t thought about all those years ago. It had happened. I had a year alone with my younger son.

It’s completely different from that year I spent alone with my older son. This younger son is in many ways my baby, but he’s also in many ways a grown man. He’s got his own friends and his own life, but we have time together as well. He’s applying to colleges and, I say through my tears, it looks like he will end up at one far away. But no matter what the plans are, just as I did with my older son all those years ago, I’m treasuring this time alone with my younger one.

And like it or not, I’m finding myself living that dichotomy: