My Breast Is NOT Best 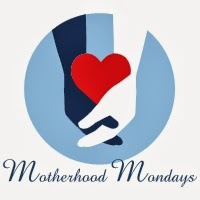 This is the second installment of the Motherhood Mondays series here on Outsmarted Mommy. Today's post is brought to you by the awesome Jenn of Something Clever 2.0.

Jenn Rose is a staff writer at In The Powder Room, and stay-at-home mother to one boy in Massachusetts. When she's not writing or parenting, she's watching way too much TV and drinking a little too much wine (not chardonnay). She hopes to become a zombie when she dies.
Connect with Jenn on her blog Something Clever 2.0, on Facebook, and on Twitter.

My Breast is NOT Best.

Sorry, Gisele, breast feeding is still not mandatory in the U.S., although so very many people like you wish it was. I'm going to tell you all something that might make you mad. And if it does, you can suck it...

I fed my son formula. And I am not ashamed.

I made the decision to formula feed all on my own. I was not given a free gift bag at the hospital. In fact, the only pressure I received at the hospital was pro breast feeding. Here's my story.

I never planned on breast feeding. To me, it always seemed kind of weird. Wait! Before you scroll down to the comments and vomit a bunch of all-caps on me, hear me out. I don't care if you breast feed. That is your boob, and your kid. If it works for the two of you, I'm happy for you both. But I felt weird doing it. With my boob. Okay?

I had a c-section. After my son was extracted, we were briefly introduced, and then he was spirited away to the nursery for his grooming and distemper shot, or whatever it is that they do in there. My husband went with him. Meanwhile, I was getting reassembled.

They put me back into the labor room (which I guess turned into the recovery room at that point), and the boys showed up a few minutes later. A nurse handed the baby to me without a word, and walked out. My husband sat down in a chair next to my bed. We stared at the baby, then at each other...

Neither of us really had any baby experience. It was only about 9 months prior that we'd even held our first baby. I asked my husband, "What should I do with him?" He didn't know. I wondered if he was hungry. He'd just been through quite an ordeal.

He was surprised. He knew my plan had always been to formula feed. An aside- yes, I said "he knew my plan," rather than "our plan was." Because although the boy was ours, my cans are mine. He never questioned my choice on that, or on the c-section (yes, it was elective). I hope you all have partners like that. Back to the story. So he knew I was planning to use formula, and he was confused, but supportive. I think he said something to the effect of, "Really? Uh, okay, if you want to."

A nurse came in a few minutes later, and I asked her, "Is he hungry? Should I feed him?" She said "Sure," and in one quick motion, opened my johnny, grabbed his head and my tit, and stuck them together like a couple of Legos. Or, more accurately, like a Lego and a Mega Blok, since they didn't seem quite right together. It felt weird and wrong. Again, I'm not saying that breast feeding in general is weird and wrong, it was just weird and wrong for me. But I thought I might get used to it, so I tried.

I decided that I'd try giving him both breast milk and formula, alternating them at every other feeding. A couple of hours later, when I asked that same nurse for some formula, she gave me guff.
"You're breast feeding."
"I tried breast feeding. I'd like to alternate between that and formula."
"You can't do that."
"I'm pretty sure I can."
"He'll get confused. He won't nurse."
"Then he'll drink formula."

This nurse was a real piece of work, and fought us tooth and nail on everything while we were there. Eventually, my husband had to take her out in the hallway and lambaste her. That was awesome.

The rest of the staff was fine with my plan (this includes actual doctors). I alternated every other feeding in the hospital for three days, and for the next two at home. It started to hurt more and more. Men (or squeamish women) may not want to read the next couple of sentences... My nipples started to crack and bleed. And scab. It was disgusting and ridiculously painful. And then I had to worry about my baby swallowing blood, or a scab.

I used ointments and such, and relied on the formula more often until I was somewhat healed. And then came the straw that broke the camel's back. This part is even grosser than the stuff about scabs... One night, I was half asleep, breast feeding and watching TV, and for a split second- and I mean like one eighth of a second- it felt... Good. Not like some beautiful, magical, bonding type of good. Like, inappropriate good. Ewwwww! Please don't think I'm a creep. It was an involuntary reaction and it was awful. I pulled him off of me right away, and it was formula from there on out.

I do expect to get some flack for this. People are going to comment with 101 reasons why I was "wrong" to give him formula. In anticipation of some of the most common arguments, here are my responses:

"It helps the mother bond with the baby."

That's complete and utter bullshit. Do you think I didn't hold him while I fed him his bottle? Do you think a robot raised him while I was out drinking every night? We're plenty bonded. Just like he bonded with his father, who was, sadly, born without breasts.

He's perfectly healthy. Also, he's never had an ear infection, his immune system is the best I've ever seen, and his pediatrician flat-out told us at his one year checkup, "He's an ectomorph, like his parents. You won't ever need to worry about him being overweight."

He is very smart. Smarter than a lot of adults I know, in fact.

"It helps you lose the baby weight faster."

I'm not giving any numbers, because I don't want you to hate me, but I did not need any help in that department.

"It's easier and less time consuming than formula. And it's free!"

This argument was made up by someone who has no breasts or children. It was not easier for me at all (maybe for some people it is, but not me). It took about the same amount of time (mixing water and powder is not difficult, and did you know you don't have to heat it up?). And yes, your breasts are free, but then there are the ointments, bras, pads, pillows, pumps, coolers, shawls... I'm not doing the math, but even if formula feeding was more expensive, it was a price we were happy to pay.

I know, I know, there's some magic ingredient in breast milk that makes it superior. That's great. But it's not the end-all, be-all. Sooner or later, a kid will eat other foods. They will live on planet Earth, wearing things, touching things, breathing, and not every circumstance in their life will be of optimum value. Maybe they eat cheeseburgers from McDonald's, maybe there's smog in your city. I don't know. But they'll survive.

I'm not trying to convince anyone not to breast feed. I'm trying to convince everyone to do what's right for you and your kid, and not to feel bad about your choice. I read a quote when I was pregnant that I wanted to share with you. Unfortunately can't remember the exact wording, or where I read it, because I had pregnant-brain at the time. But it goes something like this:


I wholeheartedly agree with that. I hope you do, too. And if you don't, guess what? I don't care. They're not yours.
Posted by Jennifer Lizza at 9:00 AM