Oh The People You Meet

If you didn’t already know the winter here in the Northeast was brutal this year. BRUTAL.  We had more snow than we knew what to do with. Quite literally we ran out of places to put the white stuff and the temperatures were so cold there came a point that I considered moving anywhere that was above freezing. 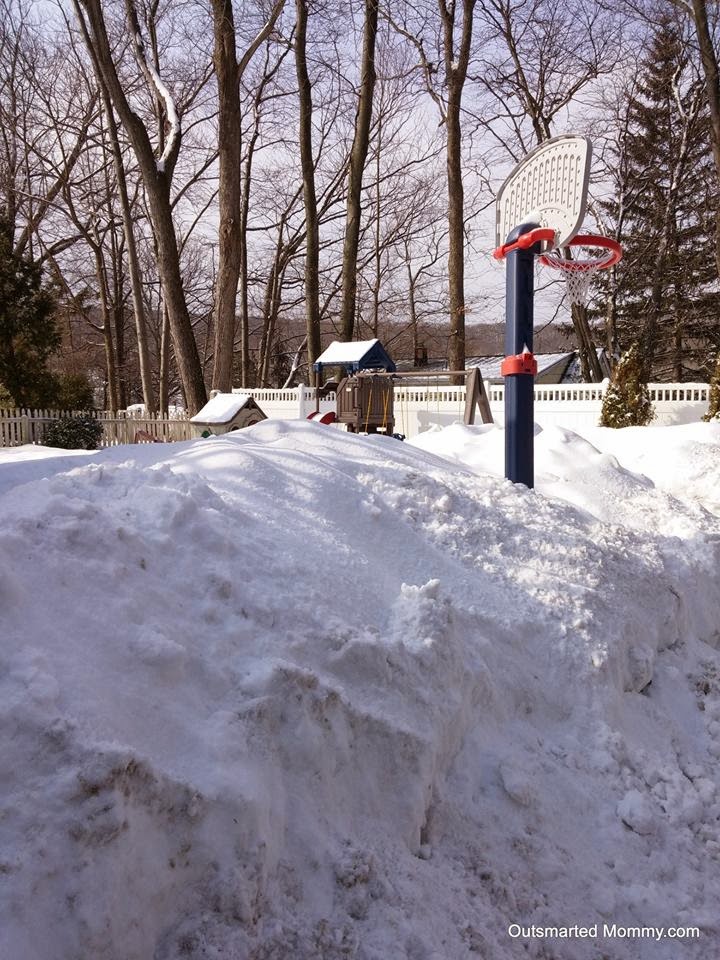 I would have agreed to a Teepee on the equator. As all parents know winter brings some challenges when you have young children. Perhaps the biggest challenge is the lack of space for them to run and jump and bounce off of things like the hyper beings that they are.

We made it though. We have come out the other side and the sun is finally shining. Spring is here and everyone and their mother, brother, sister’s boyfriend, Grandpa, and dog have headed outside to soak it in. I always love seeing everyone after a long winter. It’s like a bunch of people coming out of hibernation all at once.
The other day was no exception. The meteorologist said we were going to get up to almost 70 degrees and I immediately thought to myself that we were going to spend every minute of the day out in the fresh air. My three year old asked if we could go to the library and I quickly agreed. We needed to return some books and the library by us happens to have a fantastic playground so it was a great idea.
IT WAS A GREAT IDEA, until we actually got there. We arrived and to my delight it wasn’t crowded at all so we quickly returned our books, picked out a few new ones and headed out to the playground. There was one other mom and her son playing so there was plenty of room for my three year old to run and play while I found a spot on a bench to read a book for a bit.
Do you hear that? That’s the sound of the entire plan coming to a screeching halt. You see it turns out that the other little boy was not really cool with the idea of sharing an entire playground with another child. He quickly became very aggressive with my son. Just as I was about to intervene; his mother screamed at the top of her lungs, “Good grief Johnny let the damn kid play on the damn playground with you. Why are you such a psycho??!!”

Yes. You read that right. Those were her words. I was uncomfortable but not quite in a We need to get the hell out of here way just yet. She began walking towards me. Sure at this point my flight instincts were beginning to kick in and they were telling me I should have worn running sneakers because at some point I was going to want to high tail it out of there, but I remained seated. I quickly learned she was not only a loud talker but a close talker. Yay! “I’m sorry my kid is so annoying. He’s hmm how would you put it? He’s not aggressive. He’s more like a sociopath.”
Just nod and smile, nod and smile. I’m on a playground with a woman who just shouted to a stranger that her child is a sociopath. I looked up and my son was happily climbing the stairs to the slide. The woman looked up at her son and shouted, “Hey listen when grandpa comes back outside he’s going to watch you so that I can go into the LIBERRY real quick okay?” “Yeah okay whatever.” He replied. There I sat thinking to myself LIBRARY not LiBERRY but I digress. Soon enough an older gentleman appeared from the library doors and I quickly learned he too enjoys shouting for the entire world to hear what he has to say.
“Hey!! We have to go. NOW!”
“Why? We aren’t ready to go. I want to go into the Liberry real quick.”
“I waited too long. I pooped my pants.” Oh dear god.
“Oh don’t worry about it. No one will notice we are outside.” I will notice. Me. The person sitting on the bench OUTSIDE will notice.
“No it’s all over my damn pants. Give me the keys I will go change and come back and get you.”
She handed him the keys to her minivan and if you’re anything like me you are now thinking Ewe he sat on her seat with poop on his damn pants.
“Okay here take the keys. Hurry up though I don’t want to be here all day.”
“Don’t worry I’m not going to shower I’m just going to change my pants.” I’m worried. For the love please take a shower. Don’t rush. Do us all a favor and DO NOT RUSH!
She turned and started to walk towards me and it was then that I decided it was time to go. I was not about to sit there and talk to her about what I had just witnessed. No sir. I looked up at my son and he looked at me and it was the first time ever that when I said it was time to go he didn’t argue or beg to stay for just a little while longer. When we got into the car he looked at me and said, “Mommy what was that about? Did that man really poop in his pants?”
I could not even answer him because I started laughing so hard.  I’m happy winter is over and I’m super excited that spring has arrived but I think we are going to remain in our backyard for the next two weeks until everyone gets used to socializing in public again. I’m fairly confident the only person pooping outside at our house will be the dog and he is not a loud or close talker so it's really a no brainer. 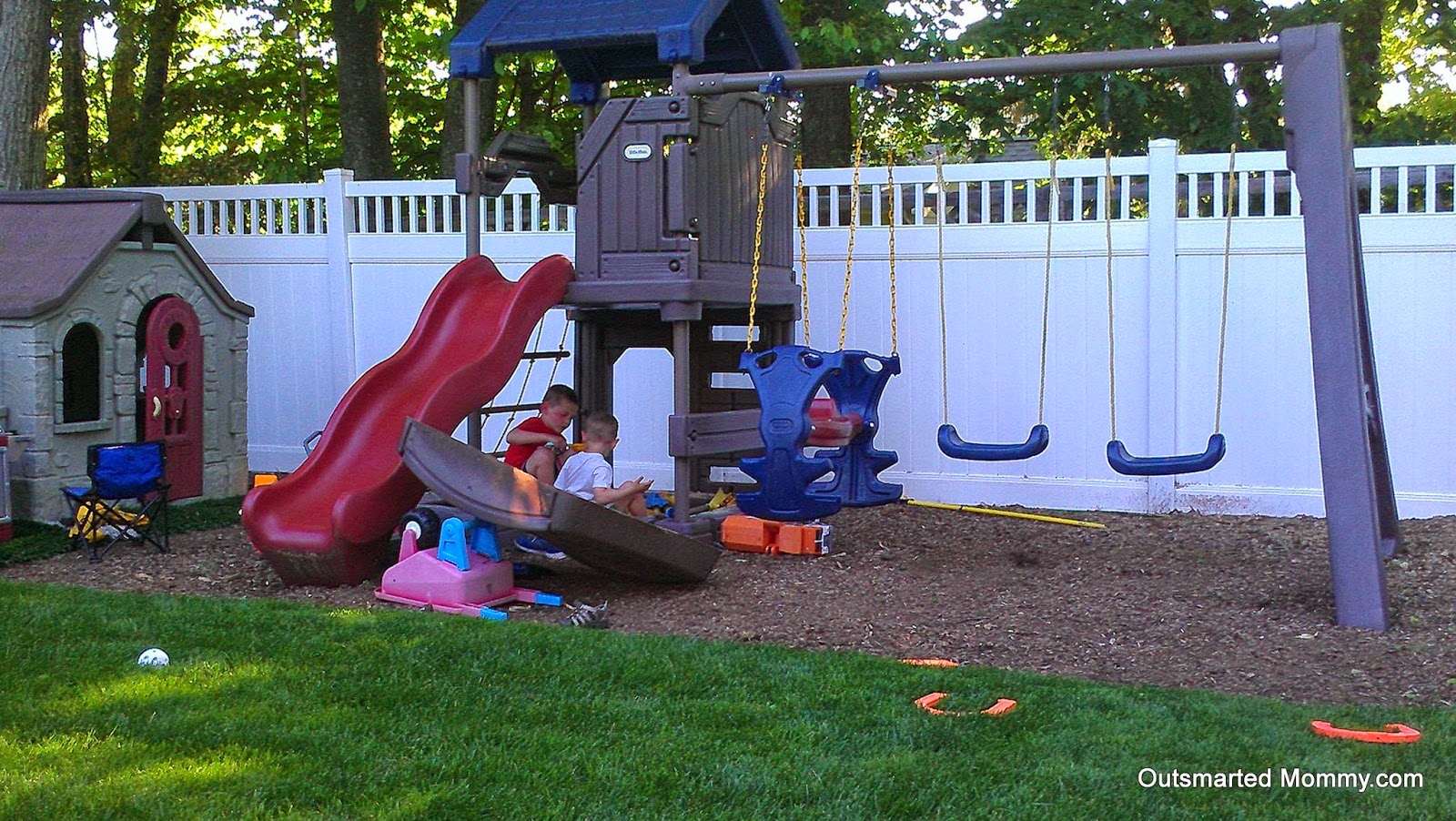 Posted by Jennifer Lizza at 4:14 PM